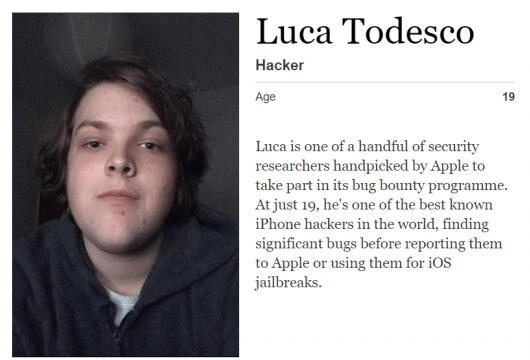 “At just 19, he’s one of the best known iPhone hackers in the world” has come through and released the first IOS 10 Jailbreak.

Now to start off… a jailbreak is when you install and app on your phone Cydia not authorized by Apple.
The app installs itself by using an exploit in Apple’s software.

So you might be asking…
What does the app even do?
Well, the app lets you install tweaks on your phone.
The tweaks let you add features to your phone like a, full dark mode.

Now that might sound great, but there are some downfalls.

One of the major ones is, when you install jailbreak to your phone, it loses its warranty.
Once you install the jailbreak, the apple store can’t help you with your phone.

But, if you restore (remove the Jailbreak) they can help you again.

Now that you know what jailbreak is, let’s talk about the latest one.

About a week ago Luca, a developer, finally released his IOS 10 jailbreak.
He has been working on it for a long time.

The jailbreak is semi-untethered which means, when you shut off your phone you lose the jailbreak.
You have to run an app to have it start working again.

Now, I’m not going to tell you how, but there are a lot of good YouTube videos out there that
I recommend.
EverythingApplePro’s has a lot of details and he really explains it well.

I have been waiting a long tome for this and I know many others have been too.

Warning:
Be very careful if you do this because sadly I have already lost mine.
I installed mine a couple days ago and I installed a tweak that sent me in to a endless boot loop and I could not boot without cydia, so I had to restore.

In the end, just be careful when you jailbreak and hopefully what happened to me won’t happen to you.