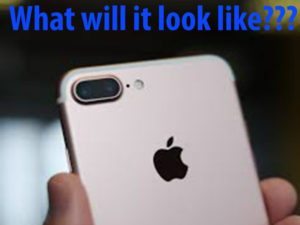 These are all rumors that I am writing about none of this is confirmed by apple.

So let’s get into the changes the new phone is going to have a weird line up since it is the iPhone’s 10th birthday next year they are going to want to make it great. So they are most likely going to skip the 7s. What the rumors are saying is they are going to skip it or make 2 versions of the 7s and one 8 with extra new features. Now we don’t know much about the 7s’s but we do know a little.

Rumors are saying that both will have apples new A11 chip.  Like all of Apple’s chip upgrades, it will be both faster and more energy efficient, in addition to being smaller. And it will most likely have a bigger battery, 3d touch. 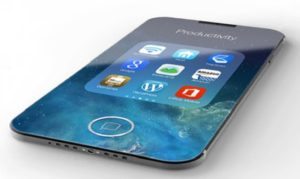 MacRumors.com says “We know that the iPhone 8 will be using an OLED (Organic Led Screed) curved Screen with the home button and camera built in. But there is some confusion over whether all of the models will have a curved screen. Also, rumors suggest there’s going to be a crazy redesign, with an edge-to-edge display that does away with the top and bottom bezels where features like the Touch ID fingerprint sensor and the front-facing camera are housed. Instead, Touch ID and the camera may be built directly into the display, meaning there will be no home button.”

Now all of these rumors are crazy and I really hope this comes out. And I myself don’t believe apple will add all of them. Because apple has not had a release with this many new features like, ever. So you might be asking… when will this come out? Well for the last several years, Apple has released its iPhone updates in September, so we expect to see the iPhone 8 in September of 2017.