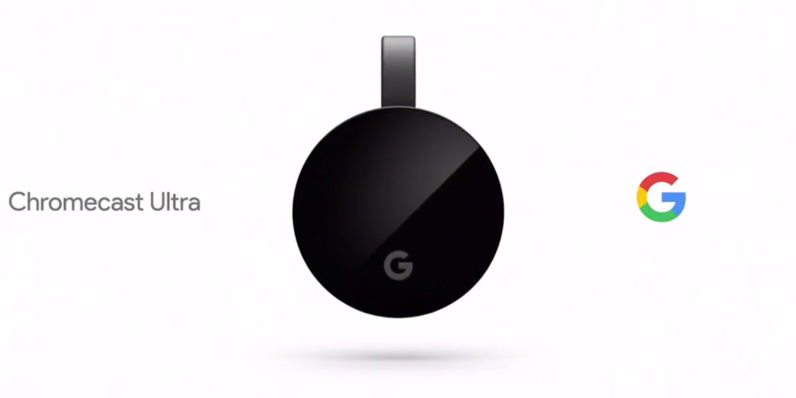 At the beginning of this month, Google decided to update their Chrome Cast line up and release the new Chrome Cast Ultra. So to start the Chrome Cast is a small device that you plug into the back of your TV to turn it into a smart TV. So you might be thinking what is a smart TV… It is a TV that you can use your online services with like YouTube, Netflix and many more. So what’s new from the old Chrome Cast… Now it can stream 4k and work with Google Home. But otherwise, it is mostly the same as the normal chrome cast. You still use your phone as a remote with the Chrome cast app. Also, you still can mirror your android device and any website to your T.V.

The chrome cast was a really good affordable idea when it first came out… but now in my opinion google just wants money. So the Chrome cast Ultra comes in at a price of $69 and it comes in black but you won’t really see it because it is in the back of your T.V. Now is it worth it?… maybe … If you have a 4k T.V yes buy it and future prof your setup. But if you don’t have a 4k T.V and are not planning to upgrade for a while just go with the old cheaper version.