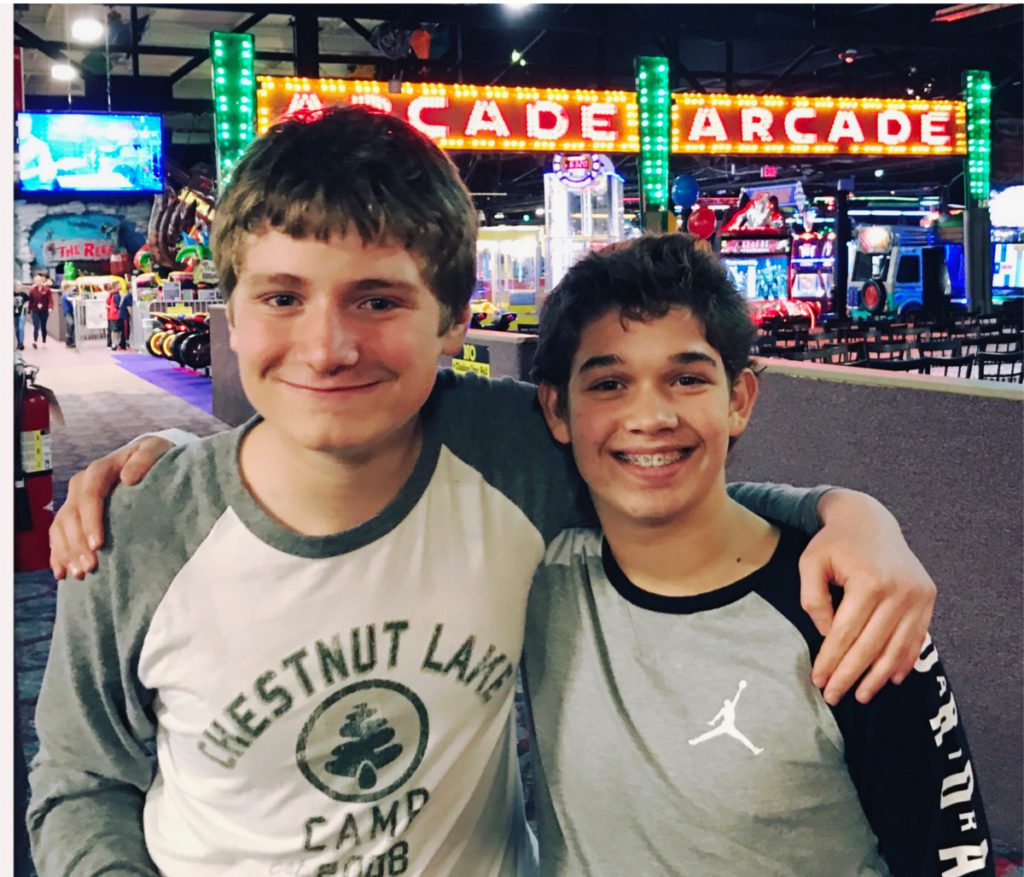 My school told me I wasn’t being bullied because it’s not considered bullying when you have a certain Social standing!

Who said Bullies ONLY pick on the nerdy kids or the kids who are shy?
I have news for you….

They are Not the only victims of Bullies.
I wrote my first book: “Look Mom, Im the Dumest One in My Clas!”  based on my being bullied by my classroom teachers in 4th grade!

The biggest misconception out there:

“If you are in a higher Social Status than the bully, it is Not considered being bullied”!

These are all the things my school told me when I reported being bullied by a student in my school this very year!

No one is going to tell me how I Feel!  I am the Cool, Nice, Popular kid. And I have been being bullied by a horrific girl!  That is also something No one wants to talk about.

How can a boy, be bullied by a girl?

People laughed when they heard, even other Mothers joked about it to my Mom which broke her heart. My school heads said,

“I wish I was as popular as you are when I was a kid”!

Being bullied is NOT a joke, even if it is a girl bullying a popular boy!

I am not ashamed that I was targeted by a girl bully.

Bullies don’t come in a one size fits all category.

I am disappointed that my school & some others found it not serious! Shame on them!

Bullies do NOT discriminate.

In many cases, the bullies are looking for victims who “aren’t likely to fight back” against them. Which tells me the victims are prob “nice” kids.

Did anyone ever think that “nice” kids who aren’t likely to fight back may be;
The Star Athlete, The Pretty Girl, The Cool Kid or the Most Popular kid??

The hardest things to do when you are being bullied is all the things you must do in order to stop the bully.

No matter how hard it is, you must stay strong.

I know personally how hard it is, and much easier said than done.

You must hold your head high. Remember, You have done nothing wrong.
Even when the bully takes your friends & you find yourself sitting alone at your desk or lunch table.
Remember to be yourself.

Do not let that bully turn you into someone you are not!

People liked you before this bully swayed them & they will like you again.

You must avoid the bully, walk away & try to stay as far away as possible so you don’t give them your reactions to feed on.
Stay away from mutual friends you share with the bully as the bully will use them to get to you.

Most of all, NEVER let anyone tell you that You are NOT being bullied.
If you feel like you are being affected by someone’s actions toward you, then don’t let School, adults or anyone tell you how this is making you feel!

In some cases you will be in for the fight of your life. Stay strong & remember you are not alone!
Most of all, keep telling the adults in your life. If the school doesn’t listen, tell your parents or siblings or friends parent, grandparents or anyone who will listen and try to help you & do not stop!!

It can be a really hard battle, even if your parents are on board.
But you must fight back!
These bullies can Not win!

Most schools are clueless about how to identify bullying behavior when it is reported & just let it continue to go on & call it different things.

Don’t stand for that.
Keep fighting!!
Call the news! Anyone who will listen to you!
Save all the info, text, pics, recordings & take notes!

My Mother won’t stand for being bullied ever again!

She will not let any principal, headmaster, disciplinarian or anyone for that matter tell her who & what bullying looks like!

She will fight to the end!

Do you know why?

Because she knows first-hand what it’s like to be bullied!
She will never forget how it felt to be bullied. And yes, she was the popular girl who was bullied & broken down by a bully!
She fought back & won!

She gave me motivational speeches every day & night when I didn’t want to go to school when I couldn’t stand the name calling & hearing the rumors anymore.
My school told me I wasn’t being bullied because it’s not considered bullying when you have a certain Social standing!

What does that even mean?

Everyone hurts!
It doesn’t matter what Social standing you have!

I thought my school was supposed to protect me & stand up for me.
But they didn’t!

School Bullying is classified as follows:

• Verbal: excessive and malicious teasing, insulting remarks, name calling, embarrassing jokes and revealing intimate information, cursing, crude and inappropriate sexual comments, threats and taunting.
• And a ton of other types
• Like: physical, “Cyber bullying” https://www.google.com/amp/www.telegraph.co.uk/education/2016/07/24/girls-gang-up-on-boys-in-new-cyberbullying-craze-called-roasting/amp/Social, teachers who bully & Coaches who bully.
• I know there are even more than what I have here.

“are considered to be one of the worst types of bullying in schools. Girls resort to this type of behavior more than boys who tend to choose physical aggression as their preferred method of bullying. Gossip can result in loss of integrity and respect from other and humiliation. Gossip is considered “slander” or “libel” if it occurs in print or on the Internet through cyber bullying.”

“Words DO hurt. Some kids make up the worst possible insults to call someone. Some kids use racial, sexist or homophobic name calling to hurt their victims the most.
About 14 percent of those who are a victim of this kind of bullying have severe reactions to the bullying. The victims of verbal bullying often experience long-term negative affects from this behavior because the injuries to their ego and mind can often last much longer than physical wounds; sometimes these mental or emotional wounds never go away. Some of the effects of verbal school bullying on the victim include:”
* Low self-esteem
• Depression
• Anxiety
• Suicidal thoughts

I thought that school was about creating a safe and accepting environment for everyone.

When are they going to start doing this?

I Remember what my Mom told me when I was angry & didn’t want to hear anything & nothing she had to say made me feel any better. She said, “Sky, I know there is nothing I can say that will ease your pain & make it easier to go to school today. I don’t have the magic words to make you feel better. All I can say is; just be yourself, don’t let anyone change the nice boy that you are.”

“The impact on the child is what needs to be measured, not the subjective the perspective of the adult.
This is the most common mistakes made by school leaders to judge what is and isn’t bullying by some rubric, as opposed to appreciating how the interaction impacts the affected student.”

Btw: this blog picture represents more than just fun, it represents Strength! No one would ever believe that I have Never ever gone over a friends house since my teachers bullied me in 4th grade. For the past 3 years, I suffered from such severe anxiety that I just stayed away from going out without my parents, but I had this night planned for a few weeks. Even though I have been going through daily hell with this bully at school & our fight is far from over. I stuck with the plan & went out with my friend Aaron who also happens to be my GenZinsider teammate. I went out because I am a fighter & I’m never ever gonna let the bullies win!