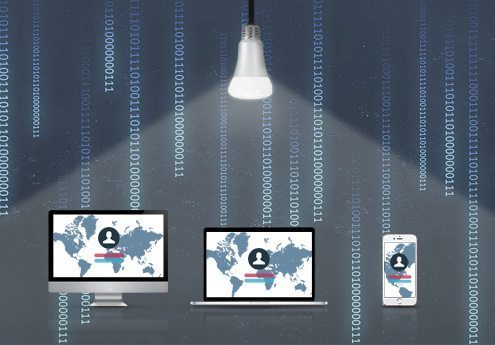 Imagine if every light could transmit data. Lights that illuminate our offices, homes, cars and our streets also connecting us to the Internet and servicing our ever-growing demand for connectivity. Well soon you will be able to with Li-Fi.

Li-Fi is like Wi-Fi but with light and can be up to 100 times faster, And up to 224 gigabits per second! So to put that in to perspective it can download 1 GB per second so you could download GTA V in 65 second compared to a couple hours!!! Also you could down load 20 songs in 2 seconds!! So you might be thinking, how? Well right now Wi-Fi is using radio waves to transmit information across a network. But light is a lot faster so they use slight changes in the lights dimness that you can’t see to send data. And you could add a sensor to your phone or computer for it to work.

Now according to my science teacher this tech is already in use to send data down to earth from places like mars and the moon. And they are now trying to bring the tech to earth. Now this was shown off on the Ted talk show in 2012 so we know it works. And ever since then they have been developing the product and giving us updates. Some of the resents are… The tech is being tested in Singapore and Apple might add support in the Iphone 8.

So you might be thinking of some problems… like there not being Internet access in dark places of not having it when you sleeping. Now the sleeping problem they came out with a solution for, you can make the light dim enough for it not to affect your sleep while keeping the connection. Also how will the lights get the signal will people have to rewire their houses.