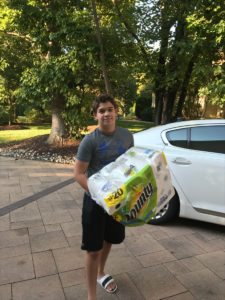 I wouldn’t say Millennials are Psychologically scarred, and are killing many industries.

Here’s my GenZ take on the list Business Insider put out:

To touch on the Applebees & Beer decline from my perspective.
First of all I think Millenials are spread out in their eating options. You have the ones that want organic prepared foods like Wholefoods has. And you have the ones who hit the fast food places like Chic Filet & McDonalds & you have Delivery of almost everything including liquor, beer, wine etc.
I believe more Millenials & even my Generation Z would most times rather stay home and order delivery after Work/school than go sit in a restaurant.
We watch our series, play our Playstations/Xbox etc all while we are eating.

It’s a new form of multitasking.

We don’t want to waste our most precious thing, “time”, going & sitting in a place when we can get it all delivered straight to our door!
In my new book: “The Gen Z Answer Key for Business” by Sky Rota
The go-to guide for marketing to Generation Z
I have a chapter on; “Can we get that delivered?” 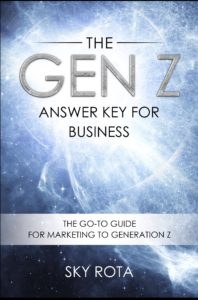 Napkins:
What is a napkin?
Do they actually sell napkins?
I just asked my mother, do they sell napkins??
My mother reminded me that we use napkins for Thanksgiving dinner.
We are the biggest Bounty paper towel users (select a size) on the planet.
My Mom just told me she stopped buying napkins years ago & she said she would rip the full sheets of bounty in half & use as napkins. So it’s safe to say my mother invented select a size bounty long ago.
Good buy napkins!
Oh and what’s a napkin holder??

About the boob decline issue: I’m thinking that maybe because we are living in a more politically correct world Millenials don’t want to exploit women like that.

Cereal;
Millenials didn’t kill cereal, they are going to Starbucks
Or Dunkin Donuts or Wawa to get there coffee & breakfast. We still eat cereal, but we eat it for a bed snack at night.

Golf:
Golf is an expensive & time consuming sport.
Those are 2 major things that make Millenials & GenZers shy from it.
I believe a Millenial working class family of 4 is going to spend their money on taking their 2 kids to Dorney park on a Saturday afternoon, over spending almost the same amount of money it cost to have only the husband play a round of golf.
I personally see very few Gen Zers spending an entire half a day playing an entire 18 holes. I am personally done playing after 9 holes, Its way to boring to stay for 18 holes & honestly, I only go to drive the golf carts.
“Gen Zers, All about the experience!” 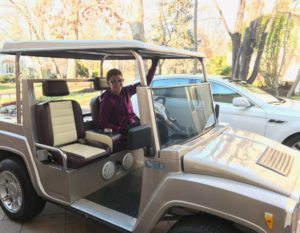 Motorcycles:
first of all I believe car & motorcycles are going to go down even more since Uber & Lift are available. In my opinion Motorcycles were more of a luxury purchase on top of having a car. Millenials aren’t considering them a purchase they need. Nor do I see Generation Z wanting motorcycles.

Homeownership:
I know that the marriage rate is down which tells me people don’t want to commit. That goes the same for committing to a 30 year mortgage. Millenials are job security scared, just like gen Zers will prob be. They don’t lock into 30 year jobs anymore. So how can they even think about committing to a bill like a mortgage.

Yogurt:
I know that the “Acai bowls”
https://www.popsugar.com/food/Acai-Bowl-Berries-Banana-Recipe-36950488
Are the hottest thing out right now & also people moved to eating Greek yogurt. Yuk!
But they love it.

Bars of Soap:
Think of where your friend last used the bar of soap
& your other friend used it first? One word, Disgusting!
I know I’m not touching that bar, Ever!
Body wash in a container all the way!

Diamonds:
Millenials just like gen Zers aren’t spending money on diamonds https://www.google.com/amp/s/www.cnbc.com/amp/2016/06/16/blame-millennials-diamond-jewelry-business-in-a-rough-spot.html or jewelry & lux watches either. They have other priorities for their money & jewelry isn’t one of them. They would rather put more money down on a house or in savings than spend on a diamond ring.
So would I.

Banks:
No one want to go to a bank!
End of story!!

Department stores:
Millenials & Genzers alike have way to many choices to just stick with a few big department stores.
Not to mention we can buy clothes online in other countries.

Designer handbags:
Gen Zers aren’t going to be spending top dollar on New designers bags either. That’s why sites like https://www.cashinmybag.com are doing fantastic. These are not priority purchases for either of our generations.

Gyms:
I believe this is another commitment issue for Millenials. They don’t want to commit to a monthly gym membership. The only monthly commitment they are making is to Netflix..
Millenials like I believe Gen Zers want to buy in packs or bunch of lessons etc  like they do here.

Home improvements:
You don’t have to fix up a rental apartment.

Now that I see it in writing, gen Zers have a lot in common with Millenials.

Not a bad thing..