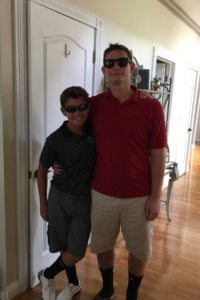 Then Dad asked Mark, “How much does ‘Making a difference’ pay?”

That’s the big question in my house between my Baby Boomer dad & my Gen Zer brother.

When my father asked my brother what he wanted to do for his career, My brother told my father,
“I want to make a difference!”

My father replied, “How much does making a difference pay?”

My father replied, “That’s because I pay for everything for you!”

So, how much does making a difference pay?

My brother is lucky to be able to have the luxury of having the opportunity to even think of making a difference because my parents support him financially in every way.

Someone has to pay the bills, my Mother tells him.

My mother says, “It’s all well & good If you want to volunteer or work pro-bono & help people, but someone has to be realistic, as life costs a fortune!”

My brother is at the top of the Gen Z age group. He has been sheltered & doesn’t really know a day of work, only school work.

There were no Summer jobs for him in high school as even the pizza shop jobs were all taken by dads that were laid off from their full-time careers.
He has been taken care of by my parents in every way for 22 years.

I understand that my parents would like him to actually be able to earn a decent independent living after college because they have been paying the bills forever.

However, this generation somehow thinks this is the way it should be.
It’s not their fault, there were no jobs for them.

My parents are hoping that after college my brother can finally earn a paycheck & see how much it really cost to live.

Then, he can decide if he can afford to make a difference!