On Saturday I went to my first Comic-con ever, it was in Philadelphia.

Much to my surprise there were literally no Gen Zers there.
The Convention was full of Millennials & up!

This was a Wizard comic con. There were actors from Game of Thrones, Lord of the Rings, “ The Hobbit”.
They also threw in a few actors from Justice League which is why my Sisters & I went!
We took pictures with,
Aquaman!
Yes!
Jason Momoa 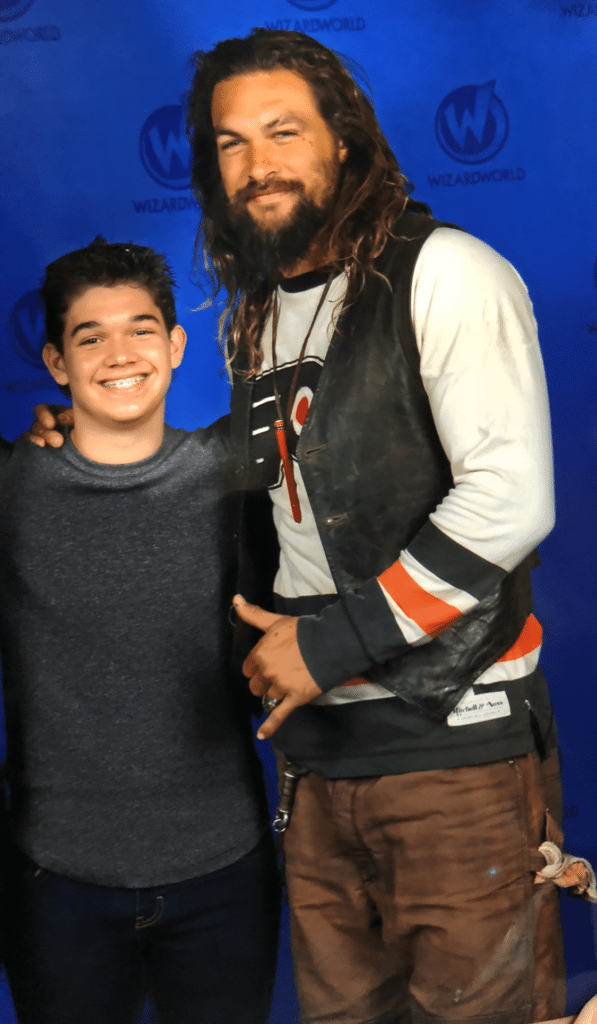 No need to do any analytics on this one.
It looks like No GenZers are watching “GOT”
Game of Thrones or The Hobbit!
I know I don’t watch GOT & don’t like the Hobbit as my uncle took me to see one of the 3 hour movies & that was enough for me. Lol Sorry Uncle Sal ?
I know u love the Hobbit.
??.

It was a good move for Comic-con to have the mix of characters because lots of people like me & my sisters that like Jason Momoa in Justice League as Aquaman might watch him on GOT & the other way around, now his GOT Toadys can watch him on Justice League & his upcoming Aquaman movie so it’s a win win!

We all agreed, our Mother was the biggest Comic-con fan of all. ?
She stopped & took pics of 20 different people dressed up as different characters.
She really enjoyed her first comic-con.

Excited for the next one!